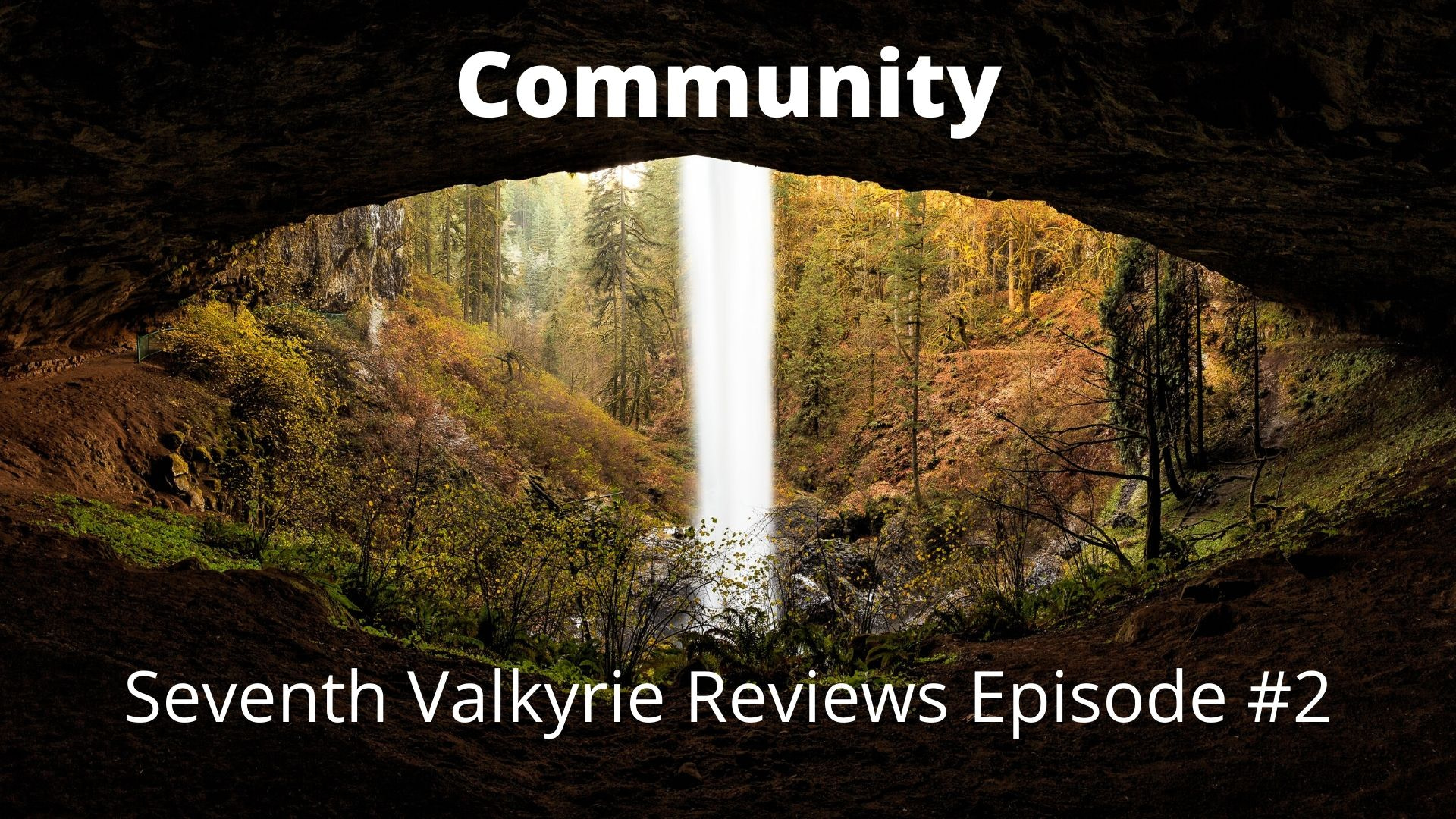 Howdy Howdy everybody, it’s Colin, author and creator of the Seventh Valkyrie!

We’re back with another edition of “Seventh Valkyrie Reviews”, which is part review, part recommendation, part rating, and entirely just an excuse to talk about my favorite things and share them with you guys. Really, it’s cathartic.

You can listen to this article on our podcast, and also watch the video version below.

Do people usually give ratings at the beginning or at the end? I think they usually put them at the end to get you to read the whole article, kinda like those recipes that make you read someone’s entire life story before they’ll tell you which cheese they prefer on their grilled cheese.

I’ve been getting into cooking recently, so I’ve been seeing a lot of those.

“When I was young, there was an old Chinese man who lived up the street. I always used to ride my big wheel bike past him and he’d wave to me while he tended his garden. There were gardenias, if I remember correctly, and tulips, and succulents, and several large ferns. This was during the late 90s and early 2000s of course, when Yao Ming was just reaching the height of his career. I used to think that Mr. Chen was so tall that I’d call out and say “Mr. Chen, you look like Yao Ming!” and he’d chuckle and go back to watering his plants. It’s only now that I realize that maybe I was being racist, but don’t kids say the darndest things? Anyway, here’s my recipe for Chicken Parm.”

What Was I Talking About Again? An Ode to Community

With how off the wall and easily distracted Community could be at times, that sidebar actually wonderfully fits into the tone of the show, which was willing to go in pretty much any direction at any time for a laugh or a good joke. I have a bit of an off the wall sense of humor myself, and I’ve been a fan of Dan Harmon’s work since discovering Rick and Morty a while back, so Community just got me. You can ask my neighbors, who reported that they knew exactly when I was watching because they could hear me through windows and solid walls across the complex.

The one gripe I have with Community is that they set such a high standard of episodes for themselves that the less-good episodes really stuck out. Funny, the fact that they have some 8/7 episodes actually makes the 6/7s feel more like 5/7s.

So for blowing me away, bringing me endless joy and laughter, I am eternally grateful for Community. Still, as a show overall I can’t shake the feeling that it’s a 6/7. Would I watch it again? Hell yeah. Do I have fantastic memories of it? Yes. But for some reason, 6/7 just feels right.

SIX OUT OF SEVEN STARS.

Community | All the Things I Loved About It

One thing that absolutely made this show was the fact that the show’s characters just complemented each other so well. I was never a huge sitcom watcher, but I know that that’s a fundamental part of a good show, and Community knocked it out of the park, especially throughout the first three and a half seasons with the “Greendale Seven”, the Dean, and Chang. Oh, and also John Oliver!

Anywhere, Any Episode (The Show Absolutely In LOVE With TV)

Speaking of the writers, I have got to tip my hat to the team for the originality of their episodes. A community college doesn’t exactly scream out ideas to the layman, and the willingness of this show to go anywhere and everywhere really made it stand out.

I think part of the reason Community felt so fresh all of the time was the fact that they so frequently sprinkled in genre-bending homages that each episode felt like an entirely unique, worthwhile use of 22 minutes.

A special shoutout to Abed –who I think is one of the most wonderful characters to ever be created — for making that possible. For those who haven’t seen the show, Abed is absolutely addicted to TV. His rapid fire references and boundless imagination made the sheer variety of Community’s episodes and different concepts awesome, witty, funny, and that just-right touch of meta.

Sharpest Dialogue in the West

Before I get to the finale, I wanted to stop over and touch on the dialogue in this show. Community is rapid fire, it’s snappy, it’s chock full of references, and I can’t think of a specific time where it didn’t feel like the characters acted in anything less than their full, human glory.

That is a pretty amazing feat. I’ve seen a ton of sitcoms where characters are playing to the audience or the laugh track. Community had me laughing (again very loudly), without ever feeling like I was being treated as dumb or pandered to. And the few times they did, they did it so blatantly that they made fun of themselves for doing it!

Some of the Greatest Moments of All Time

I have a few levels of laugh.

The exhale through the nose.

The one where I wave my hands in the air, literally slap my knees, or clap frantically like a goofball. (really)

The one where I laugh so loud that it pisses off my neighbors.

We call that last one a Level Seven Laugh.

The fact that I could go back through my memories and find dozens, maybe even scores of different moments that got a Level Seven Laugh is as great a recommendation as I can give for this show.

Paintball episodes greatest thing ever. Christmas specials absolute fire, especially the Christmas Rap! John Goodman as the freakin’ A/C Dean. Oh god the Dean was amazing, don’t even get me started! Bow Down to Thoraxis! The KFC Spaceship! All of the crime show parodies! I’m forgetting a dozen more I’m sure, but you get the point.

And That’s All For Today

I say it a lot, but I really do mean it — love you guys! And see you next time.