Three Days to Launch — A Look Back at Volume 0 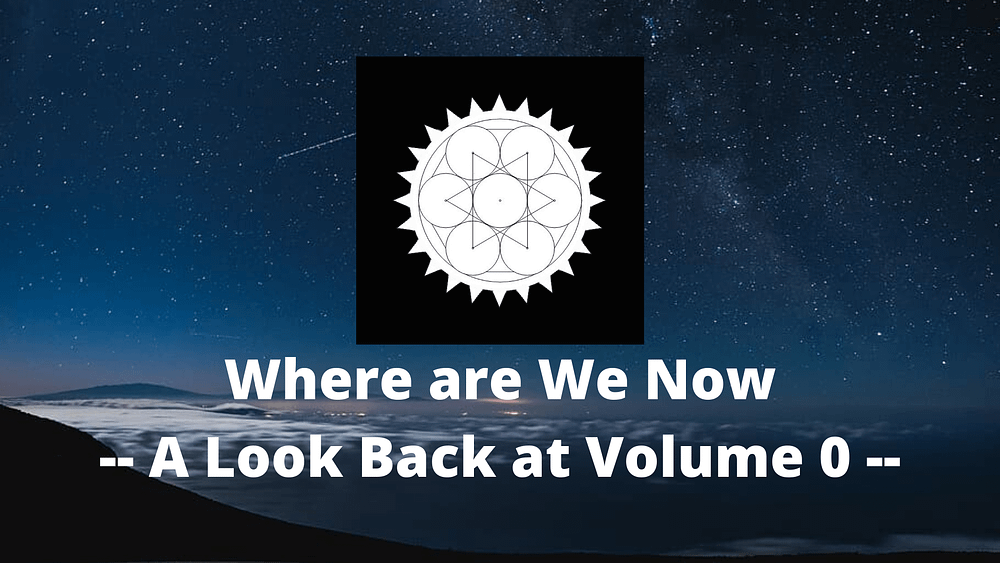 Howdy howdy! Only three days until our launch on Sunday, and to help get you ready we’re taking a look back at Volume 0 to refresh your memory! Let’s get primed for Volume 1, and make sure to join us on Sunday night at our launch event!

You can see the video version of this blog above, or read it below.

Where are We Now: A Look back at Volume 0

New Readers, spoiler alert! If you haven’t read Volume 0, go back and listen to it! Now! I’m not kidding! I’m gonna do it! Okay, onward into our little look back at Volume 0

In Volume 0, we’re introduced to two of our heroes, Cyrus and Val.

Cyrus washes ashore in Edara with a snarky voice in his head named C, and meets Bram a farmer who explains to him that Cyrus’s proclaimed home of Valgardia is a myth. They make their way to Sunsetton, an Edaran port city, looking for some answers where Cyrus learns that there was a massive war in Edara seven years prior, and the wounds between the Edarans and the magical freelanders have definitely not healed.

Meanwhile, Val’s simple life in the woods with his two wolfhounds, Edda and Rowan starts to take a turn when Aurie and Goff, some old acquaintances, ask him to help train Evan, a boy whose father has died. Val agrees, but there are signs of an old enemy in the woods around their peaceful mountainside village of Minns.

These signs of danger turn violent in the ensuing chapters. Noticeably different from the Edarans due to his golden eyes and hair, and his skill with languages, Cyrus is pursued first by the local police and then by a secret society of the Sestrans, the sea people, before ultimately finding himself caught in a massive explosion that wipes out half of the town. He survives due to the intervention of a mysterious magical stranger, and flees the city with Bram.

Meanwhile, Val and Evan return from hunting to find the village under attack. Val takes action, drawing from his long history as a soldier but is unable to save Aurie and Goff. There, he discovers that this is not for food, or supplies, or strategy. It’s simply a terror attack, with no goal other than to kill innocents. Val taps deep into his past, to his time during the war when he was known as the Iron Wolf of Edara, and sets out into the night to single handedly exterminate every one of the remaining force.

Cyrus and Bram are caught fleeing the city, and on the plains Bram is killed and Cyrus is paralyzed. However, just as the police force taunt Cyrus that magical stranger arrives again, brutally slaughtering the men and introducing itself as The Fire of The World’s Ending. The Fire burns Cyrus alive, then rebuilds him, with enhanced senses and quite a few other upgrades, then disappears. Cyrus doesn’t have time to think though, and flees into the dark, deeply magical forest, the Western Expanse, followed by Edaran forces.

Finally, having saved many of the people of Minns, but not all, Val sets off to the city of Rene, embracing the title of the Iron Wolf once more in pursuit of the Machine King, the man behind both the attack on Minns and the one on Sunsetton.

Then, receiving reports on the successes of his attacks, the Machine King sets the next phase of his master plan into action.

So there you have it! A brief synopsis of everything that happened in Volume 0.