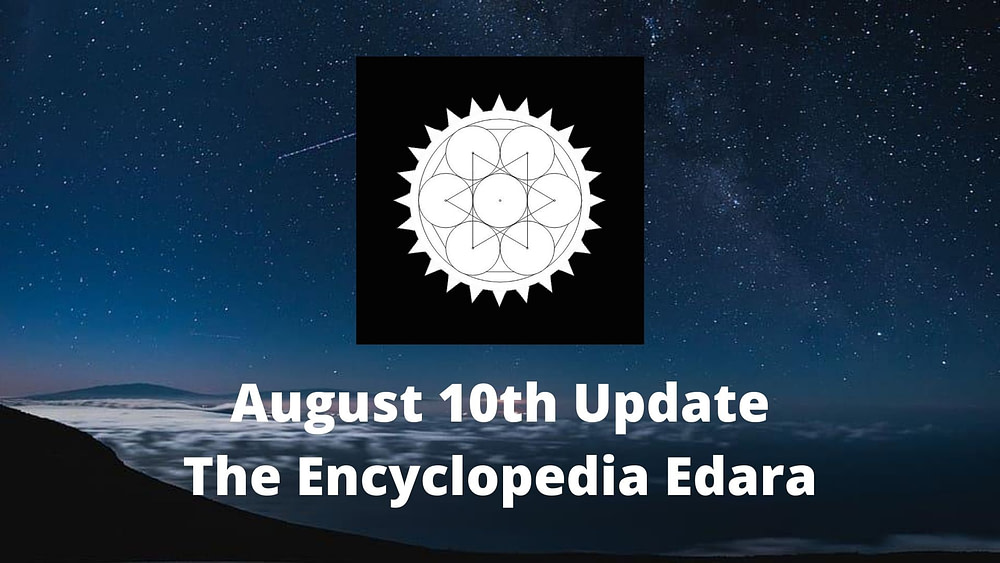 Hello there y’all, Colin here with another quick Monday update and a whole lot more Seventh Valkyrie content to share!

I remember writing, in which blog or podcast I can’t remember, that I’m actually partially discovering this world with you guys. Sure, I know the maps, I know the plan, I know the general strokes of the story.

But sometimes I don’t learn about the geography of a place, its creatures, its traditions, its culture, until I sit down to write it! That’s the cool part about putting the front-end work in on a story, is that once you have enough chunks together, they start to take on a life of their own.

This brings me to a fun little artifact I come back to after every volume, which is the Encyclopedia Edara. Every term, animal, and place that I come up with goes in there, and during my wrap up I flesh them out a little bit more.

And it’s funny — even after the book has been written, I still discover new things, things that will almost certainly improve the next volumes. It’s a bit scary at times — after all, anything you say about your world and your series leaves you just a little bit less flexibility.

But at the same time, it’s also pretty dang fun. I “discover” the rules of games I’ve mentioned, I “learn” about new histories for the Pit, I “find out” about the key industries driving the four families of the Old City.

In a way, it’s definitely a different way from the typical model of writing fantasy, which places world and consistency first and foremost and allows its characters to work within that framework.

Instead, I’ve got shameless character fantasy, where we’re partially imagining the world as we go, within some general ideas. But isn’t that kind of fun?

Anyway, writing and recording to update that the new update is officially live within The World of The Seventh Valkyrie page on our website.