Behind the Veil: Writing Legendary Heroes and Villains | Creator’s Corner #2 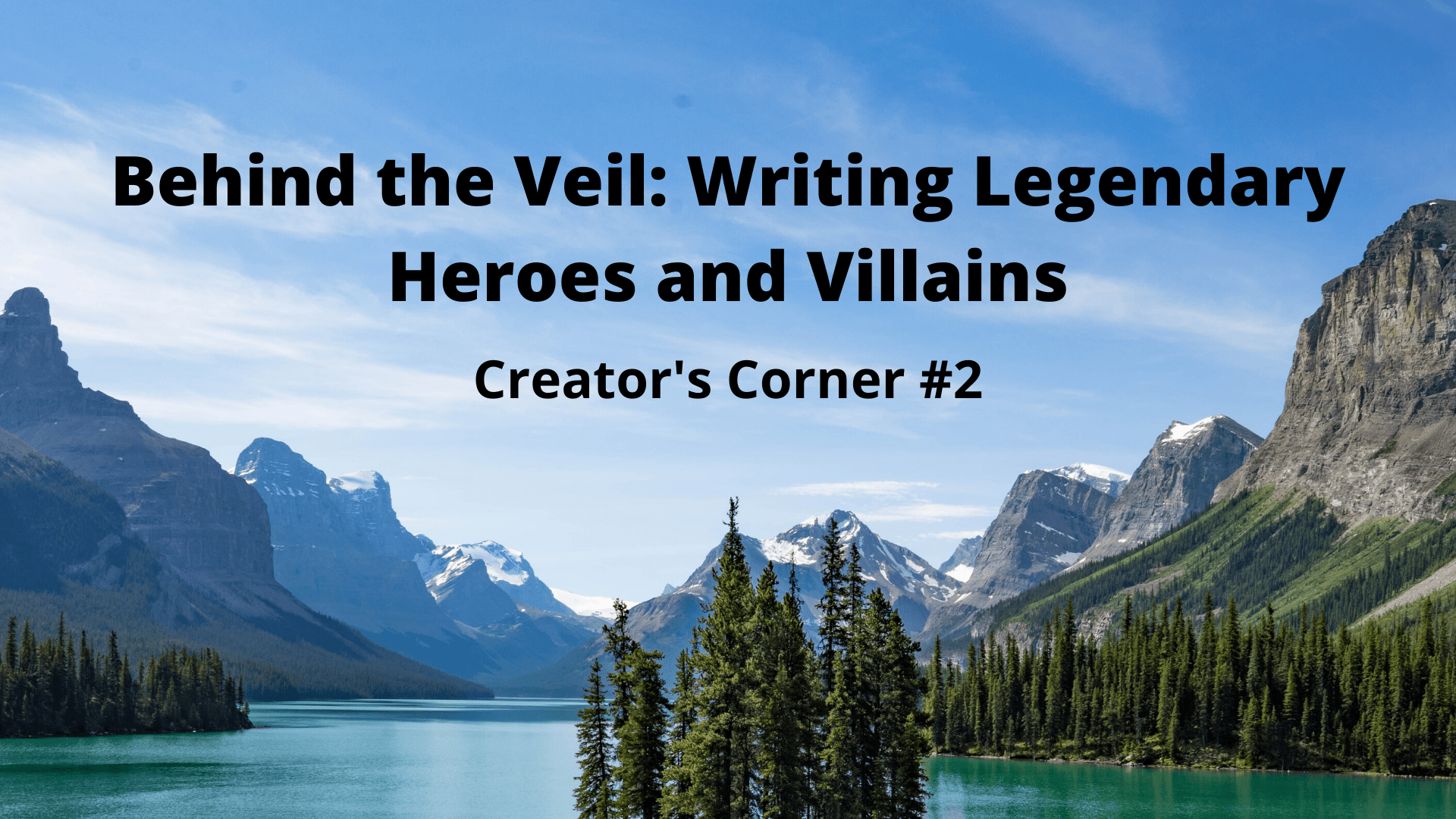 Hello everyone, this is Colin Sharpe, author and creator of the Seventh Valkyrie series, looking at another episode of “On Writing and Creating”.

In a previous episode of my Volume 1 Director’s Commentary, I explained a little bit of my thought process on stepping outside of our three main characters. We have a very intimate perspective on the thoughts, struggles, and lives of our three main characters, so sometimes it’s worth taking a step back to see them through other eyes, to see the mark that they leave on the world and those around them.

In this episode, I’m explaining that concept in a bit more detail, taking a look at heroes, and villains, and the balance a writer has to strike between making them humans, characters, or icons.

The Fundamental Law of Familiarity, or “The Veil”

This entire segment is based around a concept I’ve observed, especially in writing fiction, that I’m calling the Fundamental Law of Familiarity. In essence, it states that in general, the more familiar we become with a character or concept, the less ‘legendary’ they feel.

The first thing that comes to mind is Jaws. When we see that first scene, and it’s just an unseen force, it’s a freakin’ terrifying movie monster. But then throughout the movie, we learn more about it, and then eventually in the end it’s just a big shark. A terrifyingly large shark. But some of the magic has been removed. The xenomorph from the Alien series is another great example. First movie, it’s terrifying. By Covenant, we know them so well that they’re just not as scary.

Now, I’m using movie monsters because they came to mind first, but the same thing applies to heroes, villains, mythical beasts, anything you can think of. Because once we understand something more deeply, once we’re more familiar with it, it becomes more mundane. That thing that makes these creatures and people and places feel ‘legendary’ is the things we don’t know about them, where the half-formed imagination can fill gaps in with unspoken, subconscious amazingness that a writer or creator can rarely pay off.

I say rarely because sometimes you do get totally blown away. Sometimes the movie is better than the book. But not always. Because the things your imagination can run wild in, the things that we don’t know, can be more awe inspiring and interesting than any explanation. I’m looking at you “Midichlorians”.

The FLoF When It Comes to Writing Characters

Taking it back to fiction writing here, you have a very delicate balance to walk when writing a character. From a distance, you can shroud someone in mystery. You can speak of their actions, of tales, of whispers, and keep them as this legend where the mind races with possibility. This goes for good and bad characters. For example, Wilson Fisk in Daredevil was utterly terrifying back when they refused to even utter his name. Then his name is Wilson Fisk, and it’s like, okay, he’s still an evil and scary dude, but you have to work a lot harder.

Now, this is definitely not an argument in favor of keeping characters shrouded in mystery and never letting us get to know them. We can’t fall in love with an idea, and a legendary figure can rarely carry a piece of media themselves without a wide-eyed sidekick to constantly remind us how amazed we should be.

But it’s definitely something to be aware of, especially as the world becomes more and more engaged with flawed, complicated, human characters. The people we love the most are the ones who we see all of them, the good, the bad, the struggle, the triumph. But seeing someone weep, seeing them love, seeing them laugh and dance, can definitely change the Legendary Black Swordsman’s effect on the audience.

Writing Around the FLoF (I Just Love That Acronym)

I think that the main way to write around the FLoF is simple: have dynamic, textured characters and ideas. I know that’s kind of a lame way to describe the solution, but it’s true. If your character has many layers, then you can actually use that familiarity to your advantage.

As people get to know a character, a place, a concept, you can play off of that familiarity to trick your audience with surprising revelations, you can create contrasts between thoughts and actions, write striking differences between a character’s desires and reality. You can lull them into a false sense of security, and normalcy, and then surprise them with the reminder that, yes, this is a legend, or a hero, or a villain that they’re getting to know. And as always, you can use all of the other characters and their interactions with an icon (fear, awe, wonder, respect) to reinforce how we feel about them.

Think of some of the absolute icons of TV and film. Walter White, Don Corleone, and Tony Soprano are three that come to mind. All are crime bosses, and figures of legend within their respective universes, and yet we get to see intimately into their lives and their actions. It’s their actions, and the actions of those around them, that remind us exactly how amazing these characters are, even as we become more familiar.

What Are Your Thoughts?

Let us know what your thoughts are on the FLoF! Do you struggle with keeping characters distant and cool, but also relatable? Or do you think that I’m dead wrong?