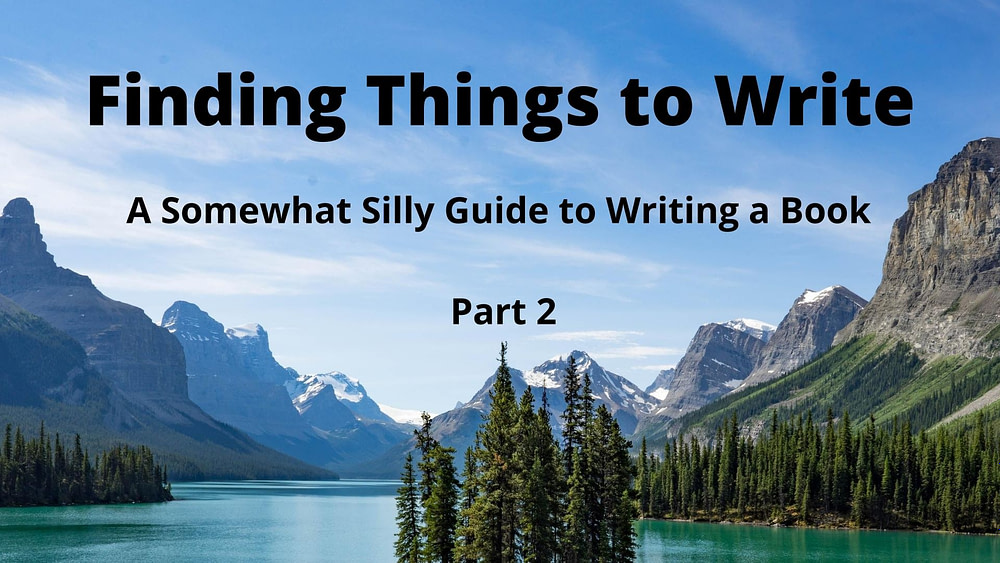 In this article, we tackle the two main challenges to ideating a book — too many options, and not enough creative juice — and also take a look at a fun exercise for generating writing prompts.

As we mentioned in the beginning of this series, once you’ve decided to write a book, presumably the book has to contain something. At least, according to conventional wisdom.

In that regard, this is a conventional writing guide. If that’s not for you, then Andy Warhol’s movies on dudes sleeping and the Dada artists might be a good place to start.

To those who are still with me, this section is on finding things to write about for your book. In broad strokes, there are two major problems you might face while trying to narrow down your book’s general concept.

The first, is getting crushed by having way too many options. After all, there are more books and types of books than almost any other art form (and no, I don’t really count mobile games and social media posts as an art form), so it can be daunting.

The second is a creative muscle that hasn’t been worked out in a while, which can lead to coming up with no ideas.

This article will focus on both, as well as a fun exercise to rapid-fire come up with ideas and generate your own writing prompts.

Genre: The Building Blocks of Story

As we mentioned about, there are two major parts when starting to generate ideas to write about, and the first is having too many options.

When faced with this obstacle, settling on a genre is a good place to start, at least when writing your first book. Now, this doesn’t mean I’m encouraging writing genre fiction. Far from it.

But, for example, in our previous article, we talked about how certain genres have certain word count ranges. These aren’t hard-and-fast limits, but deciding on a genre gives you a sense of some common ‘rules of the game’ that you can play by.

I like to think of it like this. People love watching sports because they all know the rules, each game follows those rules.

And yet, you can still make magic within those rules and have amazing drama. In fact, without those rules, things would be a mush and it would be really, really hard to get invested.

Like, imagine if the NBA included several large live bears in each game. Well… actually that might be awesome, but it would certainly distract from three-point percentages and definitely change the game.

There are certain things that you’d expect from each one, but that doesn’t mean that they can’t be unique. If you can narrow down to a genre or even a subgenre, you have a common vernacular with your audience. You have common rules of the game.

And then when you get really creative, and you subvert the expectations of the genre, or you bring in other elements and mash things together, everyone can stick with you because you all started on the same page.

Now, we’re still a few articles away from really putting pen to paper or finger to keyboard and starting to write, but you should be comfortable when you actually choose a genre.

Don’t think of a genre as bumpers on a bowling lane. Think about a genre as just making the decision that we’ll go bowling, rather than play pickleball or ultimate frisbee.

On the other end of the spectrum is not feeling like you have any ideas, which is almost always just a case of some stiff creative muscles.

Have you ever noticed that some people are whip-quick to come up with new ideas, and others aren’t? To continue the sports metaphor, they weren’t born able to dunk.

Creativity is like any other skill. Sure, there are some people whose brains are a little more wired for creativity naturally, but 85% of it is practice.

Trindon Holliday showing that little guys do have a chance in the NFL!

How to Train Your Creative Muscles

There are two major ways to train your creative muscles. The first is to ‘eat’ a creatively rich ‘diet’.

Think about your life. Are you consuming worthwhile art in all its forms? A good way to determine if art is ‘creatively rich’, is to ask a question: does it make you think in new ways, or make you feel something powerful? If so, it’ll fuel creativity.

The second question is a bit more personal, but are you living a life that does the same? This is a tricky one for some of us, but experiences can be ‘creatively rich’ just the same as art. Do the people and experiences around you make you think differently, do they make you feel something powerful?

If not, it’ll be hard to be creative no matter how hard you try. You need good fuel!

And the next bit is just like any other skill: just practice. I get caught up in this all the time, but once you start writing, you will get better. The trick is just taking the first step.

I talk a whole lot more about tending your inspirational garden in another one of my Creator’s Corner blogs if you’d like to check that out.

Create Your Own Writing Prompts

There’s a fun exercise that I’m a big fan of that’s an excellent way to both get a handle on genre and start flexing those creative muscles.

First, pick a story that you like. For this example, I’ll use a classic: Shakespeare’s Hamlet. Now, Hamlet is a medieval drama, which means that there are certain rules. We expect rulers, courts, betrayals, mysteries, lies, intrigue.

Then, think of a story, or even a piece of art that’s completely unrelated. Honestly, the further away, the better, trust me. Let’s go with Zootopia, a popular Disney movie.

Now smash them together. How would you take Hamlet, or similar royal intrigue dramas, and apply animals to it? Would the animals just replace the characters? How would the characters being animals change the story?

Would the animals even be a central theme? Maybe it would be a story that takes place in a multiracial city, to add a layer of tension. Zootopia has an emphasis on crime and social issues, so maybe your new Hamlet becomes a story of gang succession in a time of BLM, economic downturn, and pandemic.

For those of you who didn’t get the reference, The Lion King is literally animal-Hamlet. Which, to be fair, Zootopia was basically The Wire with animals.

But you can see how quickly ideas spark into writing prompts when you combine things together, especially if you’re paying attention to the world around you, and make sure to consume a creatively healthy diet.

Any time you’re thinking you’re stuck, this is a fun writing prompts exercise to come back to!

So we touched on the two common obstacles to coming up with a book idea, how to tackle them, and a fun writing prompts exercise to get into the swing of things.

The next step is just to do it! If you’re ready, set aside some time to start generating ideas for possible things to write your book about.

Then, in the next article, we’ll talk about how to narrow those book ideas down and really pick one that resonates with you.

Join us next week for “How to Write a Good Book.”