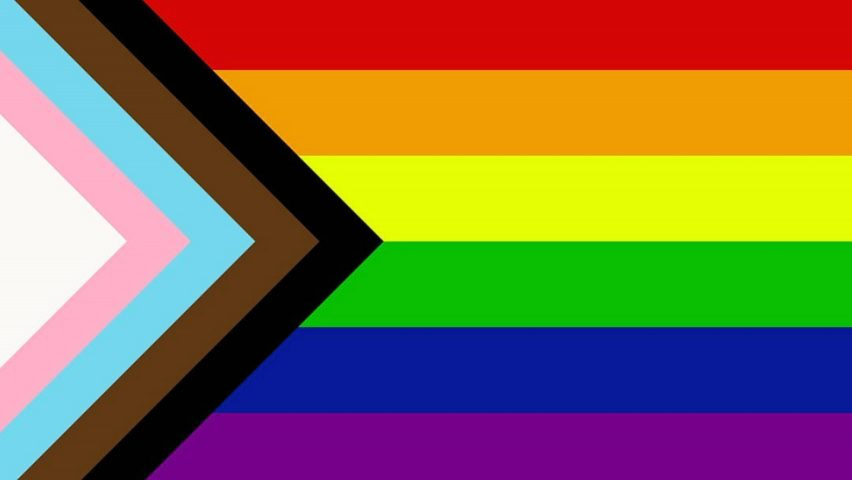 Another little quick update from Colin, author and creator of the 7th Valkyrie. Quick credit to Daniel Quasar for the LGBTQQIAAP+ redesigned flag.

As another little follow up around the series, I’ve been continuing to flesh out The World of the Seventh Valkyrie, adding some little updates here and there, like some logos and character bios, or last week’s Encyclopedia Edara update.

In this one, we’re taking a look back at the colorful supporting cast, and I’ve added some new content from all of the characters we met in Volume 1! You can check them out at the Character Bios page.

Inclusivity in Fantasy, and What Does That Even Mean?

As I was filling out these character descriptions, I wanted to talk about this question. It’s something that’s been on my mind for a long long time, and I think it’s important to talk about and keep talking about

I’ll make no illusions about the fact that, as a straight, American, cisgendered white male, I have a certain perspective, one that is already certainly represented across all forms of media.

It’s also pretty self-explanatory that it’s easy to write characters that share your experience, or analogs to that experience. Because to you, that’s what ‘normal’ characters. People who had an experience that feels ‘normal’ to you.

As a result, it’s really, really easy to slip into writing a bunch of generic white people without even noticing.

I’m very fortunate and grateful to have visited, explored, and lived in many places, and through media and TV gotten a glimpse of exactly how different other cultures, people, and places can be so different from my own experience. And I haven’t even scratched the surface!

The world is more wonderful when it’s more colorful, more vibrant, more diverse, and I think that’s something we can all agree on.

Inclusivity in a Fantasy World

When creating a fantasy world, the question of inclusivity is something that I think requires constant thought and attention, and yet at the same time I know it’ll never be perfect.

I look at three major questions every writer can ask:

At a first glance, 1 and 2 are the easy part: just add diversity. Include characters of multiple races or race-analogs, of different belief systems and sexualities and gender identities and abilities.

After all, making a transgender character of color takes just as many words as a cis-gendered white one, and if you want to, in a fantasy world you can literally make it so that no one cares or really even notices it.

But that’s leaving out #3, which is the big one. How can you treat those different perspectives with the subtleties and finesse that they’re due, and avoid having token black/gay/trans/other characters?

I sometimes ask this question in a non-rhetorical fashion! Because I’m writing a character that has an experience very different from my own. And not only that, I’m trying to draw meaningful analogs to real people in that group, who I might know personally or even understand, but have never lived in the shoes of.

And then on top of that, their simulated experience has to also fit within this fantasy world you’re creating.

It’s hard, and it will never be perfect, but that does not mean it’s not worth doing.

The Choice You Face

As a writer of any perspective, you by definition can’t capture the perspective of others perfectly.

I will never understand truly understand the struggles of a person of color, or the religiously oppressed, or the impoverished, or a person who’s not straight or cisgender.

But I, and every other writer, we can listen to our friends, our fellow people and we can try to learn. We can try to pay attention. I try to base these characters off of real people that I know as much a possible, so they never become a caricature.

And even though it won’t be perfect, it’s worth doing. Because the alternative is to try to ignore other perspectives, to only write within your lane, and we’ve had enough of people doing that, haven’t we?

I honestly believe that if everyone who wrote at least tried to put themselves in the shoes of someone different, we’d be in a better place. I’m not a grand hero of social justice. Those people are out on the streets fighting every day, in every part of the world.

The struggles of race and sexuality in the Seventh Valkyrie won’t perfectly line up or capture the struggles of the real, oppressed minorities. I know that. But sometimes I have a little hope that in my own way as an ally, I can try to help push that needle of representation.

This is something that is HUGELY important to me, and it’s a process that I know I’ll be learning and refining for the rest of my life. So if at any point you have a comment about how I can better portray people or details about an experience that I didn’t catch, please let me know. I may not be able to change what’s already written, but I can surely help change what’s to come.

A dialogue to continue throughout the career, for everyone! Consider me an open book to feedback.

If you liked this blog, and you think you know someone who’d like it too, spread the word!

And you can start the series below, or at 7thvalkyrie.com! Volume 0 is free, and it always will be, so you can read or listen to it right now.

Love y’all, and until next time