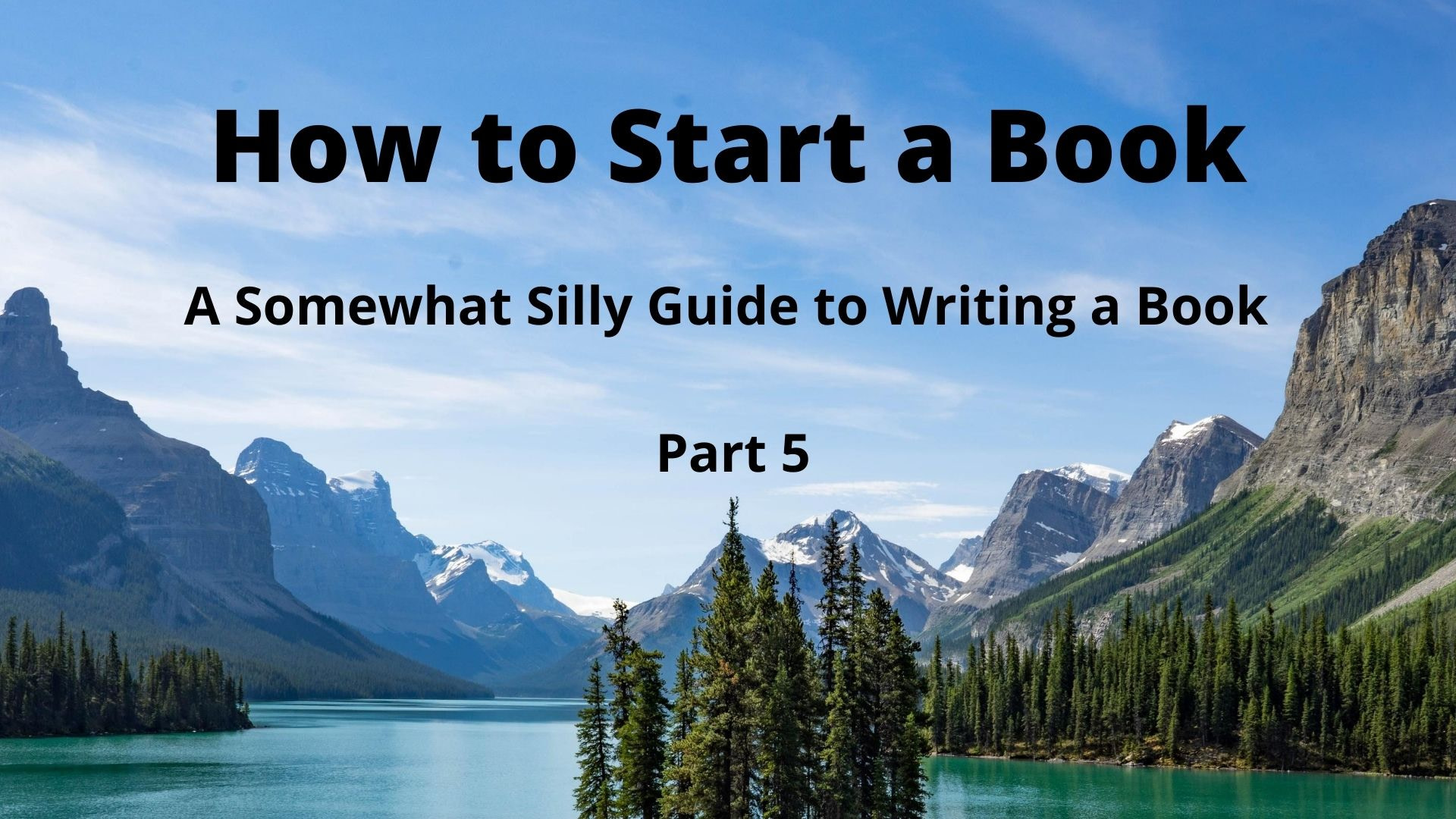 Now, you’d think that once you had a plan, and a purpose, and an identity, and a good book to write, this would be the easy part.

In fact, this is one of the places people get stuuuuuuuuuck. I do too. Books are fun to plan and put ideas around. They’re boundless wealths of possibility. Until you have to write them. Then they get scary.

I’m a big believer that once you start writing, it’s much easier to keep writing. But starting is a pretty dang hard part of the process. So if you’re staring at the page, plan in hand, and it’s just not clicking, here are five strategies to beat the blank page.

Tell Yourself What’s Going to Happen

This is a little strategy I use frequently myself. A blank page is scary. However, if I have a great plan (because I followed my advice from my last blog 😉 ), I know in general terms what’s going to happen.

So I start there, and fill out a little paragraph telling myself what’s going to happen like I was going to explain it to someone else. Sometimes I explain it to Stardust.

Here’s an example from Chapter 1 of A Fallen Star.

Okay, so Cyrus is on shore, he’s wet, probably passed out. Bram finds him, gets a little pokey with the pitchfork, Cyrus is startled, funniness ensues. Bram is confused at what the hell Cyrus is doing there. Cyrus is confused at the same. Some more funniness, as they navigate their various misunderstandings on the way towards Bram offering Cyrus a ride into town. Cyrus accepts, and off they go.

It’s a little more prosey than an outline, a little less restrained than a full chapter, and bam, you’ve got something written to go off of.

Part of the reason starting at Chapter 1 can seem like such a drag is because a lot of times, Chapter 1 isn’t all that exciting. Some books take a bit to get revved up, and it can be real easy to get quagmired.

It’s okay, you can always come back and revise, but a lot of times focusing on whatever resonates most strongly with you can help break through that wall and get writing. Cause like I said above, once you’ve got those words down, they tend to keep flowing.

This tactic is sort of an opposite corollary to “write the best part first”. Again, I’m a big believer in the fact that once you start writing the words just keep coming, at least at first.

So if you can hotwire that mental automobile in any way, get the jumper cables, and just get it moving, you’re in a good spot.

One fun way to do this, I’ve found, is to literally write the shittiest version you can think of right of the top of your head. Mathematically, there are infinite options for a shitty version of what you’re writing, and probably only about 7 options that will really feel like they’ve done it justice.

So it’s a lot easier to find the wrong words to say something than it is to find the right ones. Sometimes this is called word-vomit, the SFD, and by other names. I go one deeper and try to actively write the worst thing I can think of while still hitting my main outline points.

Also, you’d be surprised at how much easier it is to polish a turd into gold than to spin perfect writing out of thin air.

Shuffle Your Music Until You Find a Soundtrack for It

I’ve got an article coming up about how much music influences my writing, and that’s probably because of my excessive love for AMVs back in the day. Throwback to Radioakshun and Into the Labyrinth

I almost always have some tunes on while I’m writing, and it feels like I never get struck more powerfully by the urge to write than when I’m listening to a banger of a song. For example, I can probably list about 50 different scenes to come in The Seventh Valkyrie that have been directly manifested by songs that would just fit perfect with them.

I say all this because you can hijack that link in your brain with a shuffle of some music, and sometimes just hitting that next button a few time can pull up that perfect link between what you’ve been thinking and what needs to hit the page.

I also feel like slapping on some music helps you not put so much pressure on the writing. Like, part of your brain is listening, so it forgets to be scared of writing and you can just get some words on the page.

Just Write One Sentence. Then the Next One.

I’d be remiss if I didn’t include this tip on an article about how to start writing a book, because ultimately when it comes down to it, you write stories and books one sentence at a time.

This is the purest technique based on the belief that once you get going, it all gets easier.

If you mess up, or you get confused, or you say something wrong, you fix it in the next sentence. You DO NOT DELETE ANY SENTENCES.

It’s goofy, but it makes the story flow, and ultimately that’s how books are written. Sentence after sentence.

Failure to Launch vs Writer’s Block

What if you try all of these techniques and nothing works? Can you end up with a chapter that was just built sentence after sentence? Or a “best-part” that was uninspiring?

Of course! And if you get to the end of an entire chapter, you try everything to get started, and nothing clicks, I’d take a moment to go back to your plan.

Does this topic really resonate with you? Does it have legs for a book? Sometimes, the answer to one of these questions is no, and you find that out in the process of writing your first chapter.

If so, feel free to head back to the planning phase. There’s no shame in adjusting your plan for some fresh ideas or even starting your plan from scratch! That’s better than wasting 2.5 years on an 1100 page monster you won’t like at the end.

However, one thing to be aware of is the difference between writer’s block and failure to launch.

When you’re just starting to write, you can hit a wall pretty quickly, and that can feel like failure to launch, but it might be that you’ve just exhausted your creative stamina.

The key is to look back, and see if you feel a spark. Does it feel right? If so, continue, and you can use our strategies to keep writing in the next chapter.

Introduction and Table of Contents

Part 2 — Finding Things to Write About

Part 5 — How to Start Writing a Book

If you liked this blog on how to start writing a book, and you think you know someone who’d like it too, spread the word! The more the merrier 🙂